This year, Keukenhof welcomed over 1.1 million visitors. As per usual the latter originated from over 100 countries. This means Keukenhof had a much better season than expected. Visitors gave the flower exhibition an 8.8 out of 10.

Keukenhof proves top continue to be popular. The park, the flowering fields in the Bollenstreek [the bulb growing area] and the sunny weather generated plenty of visitors. Many people found their way to Keukenhof again after a  two-year absence. The warm month of March meant that the park was already very colourful when it opened. The low night time temperatures ensured that colours stayed fresh right the way to the end.

Tourism is recovering more rapidly than expected. Most visitors originated from the Netherlands itself (25%). The total number of Dutch visitors was even higher than in 2019. In the Top 10 of countries of origin, the Netherlands is followed by Germany, America, France and Great Britain. The number of visitors from China and India has dropped considerably due to travel restrictions.

The number of visitors using public transport has dropped slightly as a result of Covid-19. 17% of visitors arrived on the Keukenhof Express that provides direct links from Schiphol, Leiden and Amsterdam RAI.

The number of visitors arriving by coach was half of the number in 2019; the travel industry re-started late this year due to the Covid-19 restrictions in place.

More people visited the park by car. This meant there were lots of extra cars in the carparks. Because Keukenhof has set a maximum number of visitors per day and utilises time slots there were scarcely any traffic issues in the Bollenstreek.

People also enjoyed colourful images of the flower park at home. Weekly, Keukenhof created a large number of videos of flowering and visitors at the park for social media. Almost 27 million people watched those videos. 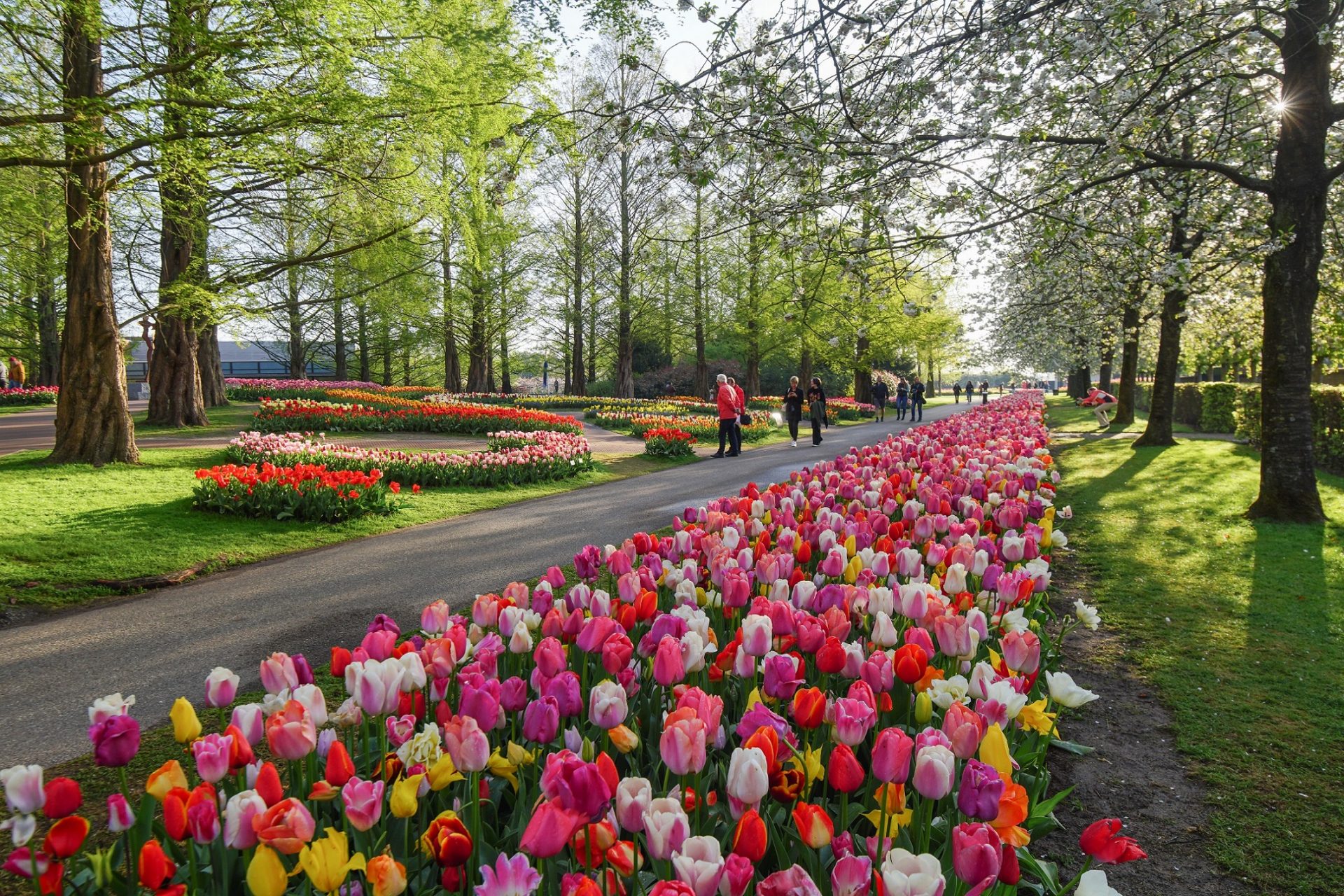